Are you worried about the next stock market crash? If you are looking this up you probably should be putting some thought into it but it’s hard to sort out when it’s coming and how bad it will be. Dive in for some answers about what to expect!

But first. The world is nuts.

Have you ever watched the financial news and seen two experts with 2 different opinions duking it out? I remember watching Business News Network TV in 2008 and the head of some huge hedge fund was arguing with the head of a large mutual fund company. Both of them with billions under management, both with very different opinions about:

In other words, they disagreed on everything. Market timing and stock market crashes are not exactly textbook.

These were TV experts. Top of the line. And they had no idea.

Are we screwed? Only if you think people have a clue. I do think it’s possible to make some good money moves as long as you follow one simple rule: markets are tricky and the “experts” have no clue.

That’s what we’ll go over today.

Like all others before it, there will be two parts to the next stock market crash:

You can’t have a crash without both sides of that coin. So for some proof and education let’s look back in time to show that I’m not crazy and so that we can learn from our mistakes.

The most famous of all stock market crashes came along in 1929 after the roaring 20s.

A tech-induced bubble seems very reminiscent of what’s going on now with the massive FANG run lately.  The stock market crash came about on March 10th, 2000, with a run up from 1995 to 2000.

But what about right now?

Someday this recession will be in a history book and I think these will be the causes:

Total loss: Easily over 50%. Most stock market crashes are over 50% when the government isn’t already in a deficit. Now there are few ways to pull back from a steep decline like in 2008.

Where is the Stock Market Heading?

By now you get it, bubbles occur regularly and are followed by the next stock market crash. It is a basic feature of financial markets and it will happen again, and again, and again.

What this means though is that a lot of people are obsessing about the topic and trying to understand if we are in a bubble, when it will pop, how to make money, etc… Truly, they are wasting their time and are likely to lose money playing that game. For every “Big Short” Michael Burry, there are 1000 guys that lost their shirts.

Still, for all you finance nerds, let’s see where we are now.

Last year, it felt at times the world was ending. But for financial markets, the pandemic was just a short panic quickly shrugged off. Can you see it on this 20+ year graph of the S&P 500?

You see the little dent to the right, yeah, that the Covid stock panic in spring 2020. This is a very good demonstration of why you should stay invested in the market, instead of trying to time it.

Imagine if you sold during that gap, and missed the almost doubling of the S&P500 since?That’s the opposite of how to make money! A short term panic can screw up your financial future.

Just don’t do it. Trust me.

But in the long run, the stock market performances reflect pretty well how well or bad the world is going. If the real economy is having trouble, it will catch up with stocks sooner or later. The same is true if all the lights are flashing green.

In the long run! Is the doubling we’ve seen permanent or temporary?

One key thing to understand the future is to know that the world is aging … fast. Both the Western countries and China have few children and their populations are aging rapidly.

The UN stats show us an explosion in the elderly population of the world. On a grand level it’s great for humanity, more people are richer and live longer. Yay!

So in the long run, yes I think inflation in the >10year future will be a big deal and cause markets to drop like in the 70s. People are talking about inflation now, but that’s a blip on my inflation radar, inflation over multiple decades in my books will be trouble.

So in the long term, we should expect less economic growth due to changes in demographics. But what about the short term?

If you read my article about how news is bad for you, you know I am not the type to go panicking about the so-called “urgent” news. I think it is just distracting you from the bigger picture.

There are some big events happening for sure. But the quantity of big events is bonkers.

For the obviously negative events:

Next year global economic growth is expected to slow down. And the forecast by the IMF has been revised lower just this month.

People like to debate if it is because of China, inflation, oil prices, or whatnot… It is pretty irrelevant and no one can agree anyway. What matters is that there is some planned turbulence on the way.

Are we overvalued today?

Oh yeah! We are overvalued. “Late cycle” as investment bankers would say. So is it time to panic? Is economic collapse and Mad Max around the corner?

I don’t think so. And frankly, if it was, your portfolio would not be your main problem. No one looks at stock prices while roaming the wasteland, do they?

Even so, it is true that the current market valuation makes the Internet Bubble in 1999 and the Housing Bubble of 2008 look like puny little hills compared to the steep cliff that stocks have been climbing recently.

This is also true while looking at the price to earnings or P/E ratio of the S&P 500 for the last century and a half. The price of stocks compared to the earnings is quite high at the moment. This indicates stocks are kinda expensive from a long term perspective.

Not the most expensive they have EVER been, but up there with the 2 other major collapses in the last 2 decades.

So. Are valuations high? Yes. Are strong headwinds expected? Also yes. That’s a bad combination which could easily end in people jumping ship on the market (aka loss of demand which is the catalyst for a crash). But can the markets go higher?

Could it go higher?

Markets can always go higher. People are nuts and the world’s banks have been very supportive of keeping this train rolling, so it’s possible this could keep going for years.

I don’t think there is a great economic reason for it to, but it could. I’m certainly not going to stop riding the train.

In the last few years before a bubble pops there are massive upsides as new investors start frothing at the mouth. 2006 and 2007 were great years in the market. As we now know, it was all based on lies, but great returns nonetheless.

Now is no different.

Besides market valuations being high, people are getting crazy these days. Manic speculation in:

And most telling of all stock pickers are advertising their picks and how to make money on TikTok. If that’s not a sign of a market apocalypse I don’t know what is.

But it’s normal near the end to get crazy. Everyone gets excited, but I want to cash in on their excitement too.

So what do you do? Enact a plan is what you do!

How to prepare for the stock market crash

I really don’t believe anyone can time the market perfectly. Thinking you can, and acting on it is financial suicide. But it is possible to shift gears a little bit when things get hot and be ready for the eventual downturn.

I don’t know exactly when a stock market crash will happen. No one does. We had one of the longest economic expansions in history since 2009, ever. It can last a lot longer. Or maybe not. But if you follow the plan, when (not if) a recession hits, you will already be ready to be “opportunistic”.

How bad will the next stock market crash be?

The next stock market crash is shaping up to be big. Governments are still using all the anti-recession tools that they have, like quantitative easing, low rates, and free money for the unemployed. So next time the market collapses there aren’t many ways to hit the brakes.

No one can say for sure that the market will crash in 2022. However, it can be said due to many factors the market is ready to crash in 2022. Factors such as geopolitical tensions, rising inflation, changing demographics, end to government stimuli.

If the market crashes in 2022 it will be a big one as modern crashes have dropped valuations to about half and during those crashes, governments had more levers to limit the crash than they do now 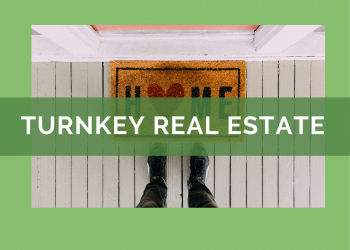 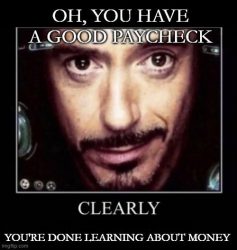 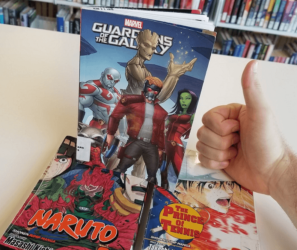