What’s the least sexy thing you can think of right now? If we’re talking finance, it’s also one of the most important things. Inflation and hyperinflation.

Until recently, nobody wanted to talk about it because it sucks. Your money secretly disappears. What’s worse, is that it happens slowly so there’s no “crash” to talk about afterwards.

But after all is said and done, inflation is probably my biggest concern moving forward in my investing life.

By the way, I’m not one to put on a sandwich board and yell that the sky is falling! Yes, I think it’s going to be bad, and there will be a stock market crash but I do think there’s an escape path. It’s the same as everything else – get enough money now so that even your income stops mattering, and then protect that money. Boom. Done.

So today we’ll look at:

I’ll also throw in some resources at the end if you’re curious about my action path.

Fact: The Fed and most central banks target a 2% inflation when they do their policy setting. The premise is we need 2% inflation to encourage some spending and move the economy. Why is it 2% exactly, I don’t know – but it’s good to understand the target.

Myth: Government handouts will cause hyperinflation. No. Free money often just turns into stock market bubbles, but I will agree that people not working but getting free money forever spells MEGA inflation.

The government might keep up some payroll protection for a while, and that will cause inflation, but it’s a drop in the bucket of the greater picture and the future of inflation as I see it.

Inflation definition:
Inflation is the gradual increase in prices of goods and services or the overall decrease in the purchasing power of money. In general, inflation is aimed to be 2% per year.

Hyperinflation definition:
Hyperinflation is an extremely rapid increase in prices of goods and services, going as high as 1000% per year.

So when your grandparents lament that they could buy a chocolate bar for a penny in the old days, that’s inflation. It would really suck if all they had were pennies as their savings. They would literally buy ZERO chocolate bars in today’s era.

Also, hyperinflation can occur when there is a rapid rise in paper currency without a rise in production of goods and services.

What else you need to know about inflation

Is high inflation really that bad?

Yes it is. It’s no good for the average Joe like you and me, but the Fed very very much dislikes mega inflation. My cynical view is that they’re influenced by the ultra-rich. The ultra-rich have a lot of money and thus have A LOT to lose if that money starts being worth less.

In any case, those in power add pressure to keep inflation at that tranquil 2%. Wherever there was mega inflation or even hyperinflation, it didn’t happen overnight. Big macro economic movements take a long time to happen, it could be decades before we feel the real effect. And I’m not feeling too optimistic.

Why the future of inflation is not looking too good.

As I mentioned earlier, more dependents means more inflation as there are fewer people producing goods, and more people consuming them.

In decades past, this used to be the opposite, and the central banks of the world were adding to the deflationary pressure.

Even since the 70s, globalization of business has been a hot topic. Overall, more people working globally means less inflation.

Let’s look at China for a second. We’ve all kind of outsourced manufacturing to China. They have over a billion in population, mostly working, so that’s been a powerful deflation lever. Plus, China purposely made its currency weak and made labor SUPER cheap. Mega deflation once again.

However, China is now pivoting away from manufacturing and more towards service industry and tech which will stop deflation. And, even contributing to more inflation as their gargantuan population gets older. (Their 65+ demographic went from 4% to 12% over the past 70 years.) More on them later.

There’s a reason the boomers complain about us. We millennials kind of suck.

Now, not all the criticism is granted, but while our generation searches for meaningful and fulfilling ambitions, we’re less and less productive in the grand scheme of things. And once we start hitting our midlife crises in a decade or two, that’s a recipe for soul-searching non-productivity like you’ve never seen before.

There’s also one conspiracy theory that gets floated around. China planned this mega inflation to take over the world.

Maybe. But it doesn’t matter.

What to do when faced with mega inflation.

In essence, roll with it. But it helps if you’re prepared instead of having to react.

What does that mean in the real world?

These are my personal recommendations. (And after, scroll down to related reading to get more actionable details for each step.)

It’s no secret that rentals are part of my own wealth strategy (see below.) Rent and home prices scale with inflation. Buy a rental now, and have a decent income when sh** hits the fan.

Food prices are literally built into inflation. So once the price of everything goes up, farm income will be more and more profitable.

These won’t rise with inflation, and if you’re off by a few years they will have done nothing for you. Whereas a rental property will bring you increased rent AND scale up in price.

Most people find debt annoying, but imagine getting a huge spike in rent due to some sort of hyperinflation while your mortgage payments stay the same. Wahoo!

5 – But not too much variable debt.

The Fed’s last-ditch measure for balancing mega inflation is to raise interest rates. You don’t want to be caught with your pants down if your 1% mortgage rate suddenly becomes 10%!

Related Reading:
Getting ready for a stock market crash (likely from inflation)
Or a housing market crash
How to prepare for a recession
How to invest during a recession 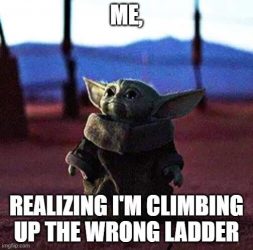 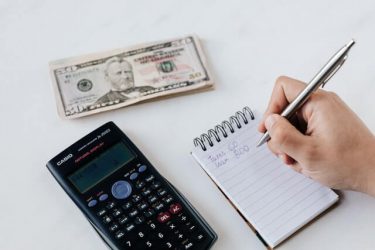 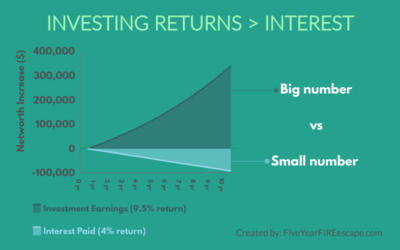