One million dollars. Does that amount still fill you with grandiose visions of gold, cash, and private jets like it did when you were a kid? I remember that was a common question to ask your friends – What would you do with one million dollars? – and the brainstorming session was always pretty inspiring.

Nowadays I’ve realized couldn’t follow through on my crazy goals. No putting my whole school on a boat or having a mansion big enough to go-kart around inside.

If you can’t take your entire middle school and put them on a cruise ship like in Breaker High than what can you do with one million dollars?

Well, you can still do a lot of things but not as much as you would hope.

What?? Once I have one million dollars I still have to do more??

The dream was a lie. Being a millionaire just doesn’t carry the same weight it once did. Could you just retire off that money? Maybe. But you’d be constantly checking your bank balance and pinching your pennies to make it last.

A long time ago, the concept of a million dollars meant a lot of money. Salaries were only a few thousand dollars and houses were worth like ten thousand.

Yeah, I don’t either but I know they existed at some point.

Back then being a millionaire would definitely give you a lot of power. You could probably just make into a pile of cash and live off of it for the rest of your life, or buy a whole neighborhood of rental houses to pump cash into your pockets.

Now, humble bungalows in my hometown sell for about $1.3M and crapholes are close to a million. Those one million dollars would really just give me a place to live and probably not even a nice one.

Buying a house would be great but if you want something more impressive – like an early retirement – you have to take that money and do something amazing with it.

So how close DOES one million dollars get you to the lofty dream that is FIRE?

Just meeting your money? One million dollars of index funds

Okay, so let’s pretend I’m still young, naive, and bushy-tailed. Maybe, like many, I don’t quite believe that yes, I can retire this early. But I’ve heard that investing is smart, so I’m willing to dip my toes.

Or maybe I just want something easy on the way to retirement.

As we’ve discussed earlier, index funds aren’t sexy but they work really well. So with some very simple planning your one million dollars should be able to give you $40,000 per year for the rest of your life.

That’s based on the 4% rule which says you can pull that much money out AND invest in indexes AND adjust your withdrawals for inflation AND not run out for a very very long time. It’s a thing. You can read about it.

Is $40,000 enough to live off of? According to the Department of Labour, no, but it would certainly cover most of your living expenses. Actually, if you really wanted to, you could probably figure out a way to live off $40,000 per year, but its hard and might be less fun than having more money.

So if you had a million dollars, should you just invest in index funds? You could. But be careful to not inflate your cost of living or quit working too early.

One million dollars? Pay off your mortgage! Smart, right?

If you were to ask your parents, I’m sure they would wag their finger and say “pay off your mortgage!” That was the sage advice of their day, but these days it’s a pretty lazy, fearful, and unimaginative way to use your money.

Not all debt is bad debt. Mortgages are pretty great actually (as I’ve described before). You get a huge loan with a pretty low interest rate. It may not feel low when you’re paying thousands of dollars a month, but really it is.

Investing in the S&P 500 gives you about 7% return inflation adjusted. (And an index fund would more or less match the S&P 500.)

Your mortgage is likely around 3%, so by paying it down, you’re effectively making 3% on your money. (And that’s not even inflation adjusted.)

Also Read: Why readings the news is bad for you and horrible for FIRE.
Or just cut to my TL;DR – stop searching out news and have a funny, concise news summary sent to you every morning. It did wonders to reduce my unproductive time! Click here to sign up!

So paying off your mortgage isn’t great. It’s not bad, but it’s not great either. I recommend it for certain people – those who get stressed out by debt or if they’re paying very high interest for some reason – but as a whole, you’d be losing out.

So whats a better idea, huh?

Another way to spend your million dollars would be to invest it all into real estate. I’ll look at rental housing because it’s more predictable than speculative things. Housing appreciation is nice but it’s all over the place and hard to cash in on. Rentals make for pretty easy article-math. Plus, you know that was my main path to FIRE.

I have found that my rental houses net me about 11% return per year and my super-mortgaged houses are above 20%/yr. Some months are higher and some are lower which creates some interesting situations but overall I count the number as 11%.

Mortgages are also money magic so you could transform that one million dollars into around four million dollars of housing assuming around a 20% downpayment and some money for fees, repairs and breathing room.

That would get you quite a few nice houses in nice neighborhoods. Or you could buy a few cheaper ones in cash. Either way, once you match my 11% return, your million dollars should be bringing in $110,000 per year.

Managing a bunch of houses is certainly more of a headache than index funds, but you get more out of it.

The department of labor says that the average family spends about $60,000 per year, so investing a million dollars in real estate would have you covered but it would add a little stress to your retired life.

Does it seem like a good way to spend one million dollars? I think so if you can handle the headache.

**As a note, I wouldn’t recommend anyone has 100% of their money in real estate. If your repairs stack up you might implode!**

What would a normie do with one million dollars? Buy a boat!

Okay, so some of you know about my lightning rod dream of sailing the Caribbean with my family. So maybe this is a little self-indulgent. But on your way up to a near-FIRE life, you could jump ship and start living like a normal person. Spending your money on outrageously cool stuff.

You’ll have a lot of money if you get close to retirement and boats are pretty cool.

You can throw parties like they did on Wolf of Wall Street, and also ride around on weekends with your family. It’s like going for a hike but more luxurious.

One million dollars could buy you a pretty nice boat too. I did a little research and found that I could even get a new spiffy Trimaran. That’s one hell of a boat that could hold some epic parties.

I would LOOOOVE to own that boat.

I will never end up buying it though. Why? I’m too practical.

How does it stack up against our other one million dollar options? We know that we are just spending the money outright, so I wouldn’t expect a great outcome, but let’s compare the numbers:

This isn’t a knock on boats. I love boats but I would prefer to have the time to choose to go sailing than working most of the week and have a pretty party vessel awaiting my arrival.

So what have we learned?

Having one million dollars is nice but won’t allow most people to live the FIRE life without a little extra effort or some more saving.

It would however still be awesome to have one million dollars.

You can use your million dollars to earn you a passive income, pay down your debt or blow it on something fun. Either way you can enjoy it for the rest of your life!

So that’s what I would do if I got a million dollars. What would you do with your million? Leave me a comment.

#1 - The news is bad for you. It takes up too much time, makes you dumb, and stresses you out. You should spend that time on other things. Limit yourself to JUST 1 newsletter per day. I recommend MorningBrew which I review here.

#2 - Take a course about real estate investing. Real estate is an AMAZING vehicle to build wealth quickly and build income long term. I tested a few to find SparkRental's course to be king.
Sept 2020 Update: I temporarily have a MEGA discount ($500 off) for my readers who take the course. #WorthIt. (Buy button appears near the end of the video which you can fast forward/skip if you want. 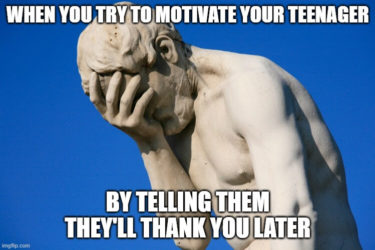 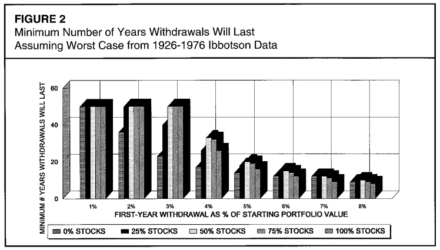 8 thoughts on “What would you do with one million dollars? Here is what you SHOULD do (and what you shouldn’t)”

Scroll back to top