Everyone needs to have the ability to call out BS when they see it and say, “That doesn’t make sense!”

Having a BS sensor is as crucial for breaking the mold (part of having amazing finances) as knowing how to say “I don’t care”, so today I’ll teach you:

I had a good upbringing for this, because my family had all sorts of rules that didn’t make any sense. After getting to be a late teen and being barraged with rules that sometimes contradicted each other, I developed a strong ability to say that doesn’t make sense and a strong desire to practice stealth wealth.

Important note: If you are a teen, do listen to your parents, but learn to challenge them nicely. I’m a dad and 95% of the time I’m helping.

Everyone needs to learn to see a thing that doesn’t make sense for what it is. If you can’t, you are never going to break out from the pack and achieve greatness. You’ll be trapped in with everyone else who is bogged down by all the BS.

As some icing on the cake. Knowing when and how to say “that doesn’t make sense”, resulted in getting promoted into management when I worked. The reason is that as a manager you need to call out BS all over the place. This skill got me places, and I want to teach you how to call it out too.

For example: Everyone needs a black suit and a blue suit. That’s BS.

But you can look AMAZING with jeans, a T-Shirt and a blazer. If I want to dress up for a wedding, I’ll wear dress pants, a button up and that same blazer. Done. No suits needed and fewer issues if I drop some weight.

Or no white after Labour Day. That doesn’t make sense. Why is that a rule?? Yeah, yeah, I know it kind of made sense in an evil way in the early 1900s, but if anyone says it to you now, you should smack them!

Step 1 – Know why this is critical for your personal finances

You may think I just have something against wearing suits, but if I didn’t think critically about all these so-called rules, I’d never be where I am today.

If I just blindly accepted everything people told me, I’d still be overworked in my tech job with a nicer car and a fancy house.

My wife would probably still be in her old job coming home for just long enough to tell me how much she hates it before falling asleep in the middle of the staircase on her way up to bed.

And I’m pretty sure my kids wouldn’t tell strangers at the supermarket about their money-saving conquests. (Read how to teach your kids to value saving too.)

So learning to say “That doesn’t make sense” is a great skill. It paves the path for some pretty awesome ideas.

BS is everywhere. Almost everyone has a reason to lie to you at some point. This is precisely why just about everyone should be on the lookout for BS.

One of the biggest reasons people fail in life is due to their accidentally believing someone’s BS at some point. If you want to accomplish your dreams, but you buy into the BS someone is feeding you about how you can’t do what you want in life, then you will likely fail. In fact, that “advice” is a huge reason why I practice the art of being stealthily wealthy.

By learning how to spot the BS now, you will be able to avoid it in the future. Fortunately, there are a few easy ways to create some strong BS sensors:

First, you have to learn to expect it. Many people go through life without being willing to openly say that doesn’t make sense. If you go through life believing you are always being told the truth, then you are undoubtedly going to fall for the BS someone gives you at some point.

By expecting the BS instead, you can be prepared to say that doesn’t make sense when necessary. Don’t just accept everything you hear at face value anymore. Learn to doubt everything, and do your own research to get down to the cold hard facts.

Secondly, if you want to detect BS, you have to learn to question everything. Knowledge truly is power, and by questioning what you hear, you will better position yourself to learn more.

The more knowledge you gain about a topic, the easier it will become for you to detect BS. But even without knowing anything, there is one super question. Using them you will be able to instantly discern whether or not a person fully understands the information they are dishing out.

I used this ever day when judging people’s work ideas and I loved it. It always helped.

It came from Scott Berkun who advises that one must question how the presenter knows, to understand what they know. By constantly asking yourself how they know something to be true, you will be able to instantly divide the truth from the fiction.

If the person you are talking to is not able to easily answer simple questions about how they know, then it is very probable it’s not true at all.

Last but not least, keep in mind the simple fact that time tells all. Lies are contagious, but given enough time, lies become easily exposed. So don’t act too fast and the BS will tend to reveal itself.

Of course, if you go through life looking for people espousing BS, you are surely going to find it. This is why you should learn how to artfully call people out when they are talking nonsense.

If you think someone is saying something completely untrue, then perhaps you should follow the advice of Carl Bergstrom, a professor at the University of Washington and CallingBullshit.org‘s proprietor. It helped me challenge people without pissing them off.

Professor Bergstrom has laid out a few key tips and tricks that will help you call out the bullshit when you see it without making enemies.

1 – It’s important to remain humble.
Just because you think something might be patently false doesn’t make it so. Hedge your bets against being wrong by calling out bullshit with the understanding that it’s possibly correct. That way you can avoid making an ass of yourself by claiming someone’s lying when they are really telling the truth.

2 – Don’t assume that everyone who is lying does so purposefully.
It’s human to error, and you are bound to come across a few people here and there who are simply wrong rather than lying. Tread lightly when you come across someone who may be lying so that you can expose their BS without making them look bad.

3 – Give respect.
Challenge people when they are saying something untrue, but challenge people the right way. Challenge them with an air of respect and you will surely find the results to be far more pleasing.

4 – Stay innocent
Maintaining your innocence is the key. Just as you wouldn’t want someone to maliciously attack you for saying something false, it’s important to challenge other people lightheartedly. Simply express your curiosity about what they’re saying and you just might find their untruths unraveling themselves.

That’s what Socrates, the granddaddy of argumentation, did. He just asked questions out of curiosity until the cookie crumbled. It’s so awesome, a special technique was named after him. The Socratic method. Dig a few questions in and the person will reveal their lack of understanding.

Ask them to explain how that works. Attack them from the point of view of curiosity.

Be Socratic about it. But not too Socratic…he was sentenced to death for being annoying.

Don’t get killed. Never attack the person. Attack the point.

Don’t tell them they are idiots. Just probe at the assertion they made. This will go a long way in not making you look like a jerk when you catch a liar in the act. Don’t be a jerk. Most people don’t have BS detectors, so they are just repeating it by accident.

Putting it into action

Turn
“I don’t believe you”
into
*chuckle* “That’s amazing Bill. Is that really how it works? Those numbers are huge. Why don’t we do ___ all the time?”

I’ve said a version of that to countless clients or execs and never gotten myself in trouble! That’s saying something!

So now I’d love to hear from you. Are there any “rules” you’ve started questioning by saying “That doesn’t make sense!” 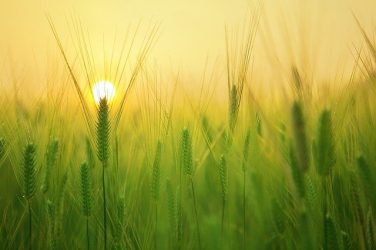 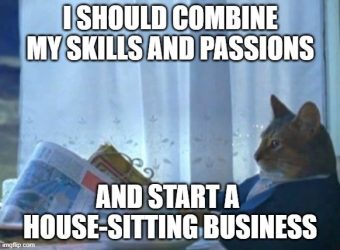 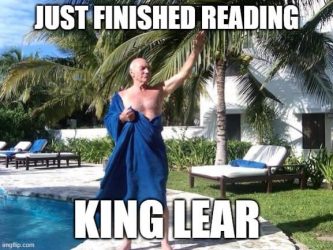