This stealth wealth guide is to stop you from making the heart-stopping mistake I did.

“Don’t worry about it, it’s only four hundred dollars, just don’t do it again.” That’s how I almost blew my stealth wealth cover recently while playing Xbox with some friends. But let’s back up a little.

I have written about why people should practice stealth wealth. Mainly, it leads to a more easy-going lifestyle, and lets you keep more of your money. Now, I will talk about how to actually make it happen. My stealth wealth guide. I’ll also teach you how to recover if you slip up.

For those new to the concept, I considered this to be a critical process on the way to riches.

Let’s recap what we know about stealth wealth. It’s better to be underestimated when it comes to your financial prowess. When people assume you can afford anything you want, it’s harder to save money.

Rich-people expectations are bad for FIRE. Not to mention, it can be a strain on relationships if you start developing a bad-friend entourage or you start getting plain ol’ haters.

My solution? Stay under-the-radar wealthy and just be a normal person. Believe it or not, it’s easier than it sounds.

So back to my Xbox story where I almost blew my cover. One of my friends was lamenting about how he got sucked into a sale, buying over $400 of games and consoles he’ll probably never play. “Don’t worry about it, it’s only four hundred dollars. Just don’t do it again” I said. I wasn’t thinking straight. That’s not wealth camouflage.

I’m effectively a stealth wealth master spy, but my point of view got skewed after years of saving and investing. Besides, I was trying not to get eaten by zombies. The conversation in the room stopped and another guy said: “Four hundred dollars is a lot of money for most people.”

That certainly snapped me out of my gaming trance. I had to backtrack pretty hard and managed not to tip anyone off. But it was close. Not to mention, the zombies ate my brains.

The problem is, once you get to a point where your biggest decision for the year is whether you should buy one more rental property or two, your point of view can get… different from those around you.

Wasting $400 sucks, I agree, but near the end of your FIRE journey, it’s just a few hours-worth of passive income.

That day was my lesson in staying grounded. Here are two ways I do it.

This might sound comical to you if you are just starting out on the FIRE path but you will eventually turn into a small economic superpower, so remembering your roots is important.

This second close-call came from my wife when she let out an accidental “Pfffft!” to a friend who was proud of a promo 2% savings rate through her bank. When you start learning about financial independence, you learn how money really works and that 2% isn’t so great.

You know where to invest, when to save, and what not to buy, landing you with thousands and then millions in the bank. You become impressive and harder to be impressed.

So sign 2 in our stealth wealth guide is to be happy for others as they conquer their own finance mountaintops.

If someone puts together a downpayment for a small house, congratulate them on their success, and be impressed. It was hard for them and you shouldn’t forget that. Even if you could have bought their house in cash, it is progress for them and everyone has their own mountain to climb.

This is part of staying grounded.

Step 1 was about not getting too off base, but this is about remembering to celebrate other peoples’ success. Once upon a time, impressive you couldn’t have afforded a downpayment either. So anyone doing it is impressive.

On that same note, when people learn finance things and want to tell you about it, act interested, even if it’s old news to you.

“Pfff, of course index funds are superior to mutual funds! Haven’t you read the SPIVA report?!” That is a statement that certainly won’t gain you any friends, nor will it help convince people of your non-wealth.

Instead try, “Oh nice, I read something similar a while ago which convinced me to buy some index funds too. Seems like we are on the right path.”
Then *Smile, wink, nod AND finger guns for good measure*

It doesn’t make you sound like a cocky know-it-all and it helps people to think you just have an above-average level of financial knowledge.

By step 3 of this stealth wealth guide, you are also on your way to becoming a master of wealth camouflage. Congratulations!

I’ve talked about this before, but the one thing that can easily blow your cover is telling one blabbermouth. I don’t care if it’s your mom or a close friend, one blabber mouth can tell one detractor and ruin everything.

Don’t like being so secretive? Then I have GOOD NEWS FOR YOU. There is something you can tell everyone! Instead of telling everyone that you’re a financial superstar, you can tell them that you have goals and you’re working towards saving, learning and investing.

The best part? You will always be telling the truth.

When you’re on a path of learning and trying, you can talk about everything you’re up to without any real downsides. You can even use it to help yourself double down on your saving path.

People will sympathize with you and respect you for following your dreams, or at the very least drop their rich-people expectations. So tell anyone and everyone that you have goals, but don’t tell them about your 6-to-7-figure investment portfolio or your new rental quadplex.

Having a dream and trying to be financially independent is one thing, being loaded is another. Only your inner-inner circle gets to know your true money power.

The biggest problem you will run into here? You will be proud and want to show off. Well, deal with it!

I grow the urge to boast sometimes but I keep it down. Remember: one blabbermouth can blow your cover forever, and then you’re into rich-people expectations, bad-friend entourages, and requests for loans. It’s not worth the risk.

So my wife really wants a Tesla. I don’t know if she got hit with rich-people expectations, lifestyle creep or if she just doesn’t see it as a big deal, but the showier you are, the worse off you’ll be.

You can tell people you are rich with your mouth or with your stuff. Thus we don’t want to let people know we are rich by having showy rich-people things. We do want to own things though, so luckily there are only a few items to avoid. That is step 4 of this stealth wealth guide.

Basically, anything a rich person on TV would have is something that you don’t want. Think, Kardashians. They are very bad at stealth wealth.

What does that mean? Well, what do people see all the time? Your cars, clothes, and house.

Okay, so maybe you won’t see me in a super-fancy car, but I don’t want to sound like a Scrooge either. Once you have money you will want to enjoy your financial power, and that’s good.

You should spend your money.

Sign 5 of the stealth wealth guide is what to do about it when it shows.

Early retirement isn’t about self-deprivation, it’s about cutting out the things that aren’t worth it, and loading up on what helps you live your ideal life.

For me, I like spending money on learning things, like hiring language tutors; on travel with my family; and on oodles of burrito. Yes, I actually suggest splurging a little just before and during retirement even if it delays you a bit. You’re young, you’re fun, and you have the money – so start living it up.

And how do you do that while staying undercover? Luckily, I have a technique for that too.

Just downplay how affordable it was or talk up how you HAD to do it.

Whatever you want to be spendy with, just be sure it’s worth it for you since you can only say ‘I had to’ so many times before people smell something fishy.

Even if you do want that fancy car, so be it. Just tell everyone how cars are your one vice, that it’s worth it for the safety features, or that you had to save up for a long time and it took a hit on your wallet.

It’s not a lie, even if your bank account goes deep. Big expenditures will still dent it.

My wife and I are planning on joining a yacht club. People know it, but it doesn’t blow our cover. We just justify why it’s worth it. “By being in the club we will have lots of boat owner friends which means we don’t need to buy a pricey boat!” And then we say something about having to cut back on burritos.

Rich people wouldn’t say that. They would say, “Whatever, it’s only six grand… that’s only like five hundred per month.” But that wouldn’t be very stealthy, now would it?

Do you have any other tips for staying under the radar? I am VERY keen to hear them.

TL;DR – How- to Stealth Wealth Guide 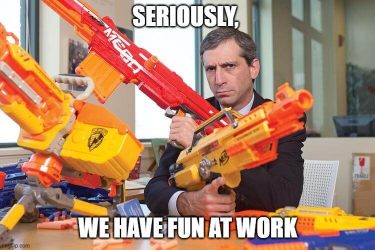 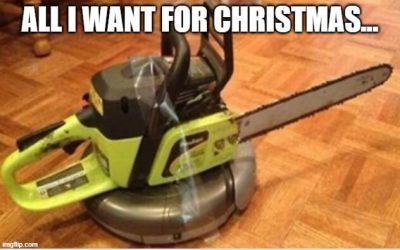 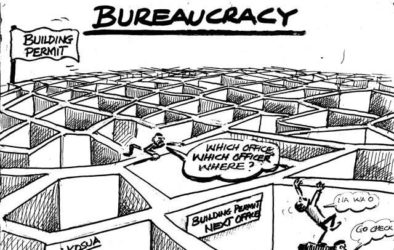 7 thoughts on “Stealth Wealth Guide: Be Incognito with these 5 stealth wealth signs”