Mr. FIREescape’s special note: You may know I’m really not into the whole cryptocurrency thing BUT I recently met someone who is. While I don’t endorse it per se, I thought I’d ask him for the lowdown on the most popular forms of crypto in case you’re curious. Enjoy.

To put it simply, Cryptocurrency has changed the world economy. They have altered the financial landscape, and yet they are still evolving, still working towards realizing their potential. Despite the differences that they have made, they have yet to break into the mainstream.

Investing in Cryptocurrencies is becoming a popular pastime, but it is a difficult arena to get into. In order to safeguard your investment, you need to learn more about cryptocurrencies.

There are over ten thousand different Cryptocurrencies available online. However, as a novice, your best bet is to start with the more well-known options; they have a wide user base which speaks to their efficacy and reputation. Read on for a list of the most popular Cryptocurrency options this year.

Bitcoin was the first form of Cryptocurrency to really gain popularity and notoriety. It was released in 2008 and was created by an anonymous person or group who operated under the pseudonym Satoshi Nakamoto. Bitcoins are capped at a limit of 21 million, which means no more after that number can be created. As of the end of 2021, there was 18.8 million Bitcoins in circulation. Bitcoin was created to be independent. It operates without a government or centralized bank. Instead, it uses a network of computers to create a ledger, a record of all transactions called a blockchain. Each transaction forms a block which is then added to the chain.

Bitcoin was one of the first Cryptocurrencies to implement a peer-to-peer verification system. Since then, a lot of Cryptocurrencies that followed have also adopted this. Bitcoin is a great option for beginners, but it can be difficult to procure them as the number in circulation reaches the cap.

Ethereum is similar to Bitcoin in that it also uses a blockchain network. However, it was originally designed to be a programmable blockchain; it was never designed to support a currency.  The currency came later. It was developed as a form of payment that was used within the platform. Ethereum also differs from Bitcoin in that there is no limit to the number of Ethereum coins that can be created; there is no cap. Recently, Ethereum has been gaining traction with many people under the impression that its popularity is likely to continue to increase because of the benefits that it offers. It has helped to fuel a lot of initial con offerings, and it was behind the boom in one of a kind, non-fungible tokens.

One of the founders of Ethereum then went on to have a hand in founding Polkadot. The intent was to elevate the capabilities of the blockchain. Polkadot adopts a slightly different system; it actually operates using two different blockchains. One blockchain is for primary use, and it provides the relay network. The transactions are stored here permanently. The other blockchain runs somewhat parallel, and it is comprised of user-created chains. These secondary chains are customizable, but they still benefit from the security provided by the primary blockchain. Polkadot is one of the more recent Cryptocurrencies to emerge, but it has risen through the ranks in a relatively short time which speaks to its efficacy and popularity. Anyone looking to invest in Polkadot would benefit from getting in on a Crypto from the ground floor, thanks to its relatively recent release.

Cardano was released initially in the late 2010s, but it has recently undergone further revisions. In fact, it is a self-proclaimed third-generation platform. It aims to circumvent some of the complications that other Cryptocurrencies encounter in an attempt to make its network more efficient and sustainable. Cardano places an emphasis on trackability and identity management. In doing so, they have made it easier to streamline the collection and collation of data from different sources. The data that they collect is put to use, auditing the transactions and preventing fraud. Despite the fact that Cardano was designed to address problems that other platforms faced, it hasn’t been around that long; once it proves whether or not it lives up to the promises, it is likely to take off.

Tether was the first of its kind in some respects. Tether marked the emergence of a form of cryptocurrency known as ‘stablecoins’. A stablecoin is a form of Cryptocurrency whose value is tied to a real-world currency; in Tethers case, it is the US dollar. The fact that it is pegged to a more tangible currency was a conscious decision by the creators in an attempt to provide it with more stability and transparency. It also benefits from lower transactions fees than other Cryptocurrencies. It allows users to avoid some of the market volatility associated with cryptocurrency. Tethers cannot be exchanged for US dollars. They can be a good option for investors who are looking for Cryptocurrency options but are concerned with the risks that come with investing.

Binance was actually initially built on Ethereum’s blockchain before being transitioned onto its own blockchain platform. Today it is one of the biggest Cryptocurrency exchanges in the world. It was originally created as a utility token; this means that it allowed traders to access discounts on platform fees. Since then, its use has grown. It can be used for payments, online services, booking travel and entertainment. Binance coin, like Bitcoin, also has a cap; its maximum is 200 million tokens. To ensure that demand holds steady, Binance routinely buys back and destroys a portion of its coins. This approach to Cryptocurrency is somewhat innovative, and it does help to keep its value steady, which can make it a good option for investment.

Solana is another platform that uses a blockchain. It is perhaps one of the more volatile Cryptocurrencies of late, but this has been great for investors. In a year, its value increased from around $3.50 to almost $200 per coin. The question for those considering investing in Solano is: have they reached their peak? It is hard to say. They owe their recent value increase in part to their decentralized finance approach, including smart contract technology. The platform runs programs on preset terms and conditions in order to cut out the middlemen.

XRP is a Crypto that was developed by a company called Ripple Labs. Ripple itself is the global money transfer network, and XRP is the crypto used on the platform. XRP is available for use as an investment, or as a trade or as a way to facilitate transactions on the platform itself. XRP differs from others on the list because it can’t be mined. It also does not rely on a blockchain either. Instead, Ripple employed the use of a unique system that validates transactions through polls and nodes, which are used to verify transactions. However, similarly to the other mentions on this list is also has a cap. There are 100 billion XRP already in existence.

In all honesty, Dogecoin was created as a joke. It is named after a popular internet meme, and it was intended to poke fun at Bitcoin. However, it didn’t take long for it this Cryptocurrency to take off. Dogecoin has some celebrity endorses, including Elon Musk and Snoop Dogg. After these endorsements, Dogecoin quickly rose in prominence to become a legitimate and reputable Cryptocurrency. Dogecoin is another one that uses a blockchain. However, it doesn’t have a cap, which provides more opportunities. Despite its prominence, investors still benefit from a relatively low purchasing price. For more information on how to buy Dogecoin, check out Wealthsimple; they have a number of services and resources which aim to encourage smart financial decision making.

USDC is another form of stablecoin that actually participates within the Ethereum blockchain, among others. Like Tether, it is also linked to the US dollar. Therefore, one USDC is equal to one USD, and it always should be. As in the case of Tether, this guaranteed ratio helps to lend more stability to the cryptocurrency. The ultimate goal of stablecoins like USDC or Tether is to make transactions simpler; they are designed to be quicker and cheaper too. Investing in a stablecoin like USDC can make investors feel more comfortable because they know that it is one of the more stable options, which does make it a solid option for beginners.

While it is certainly true that investing in Cryptocurrency can be incredibly lucrative, there is no guarantee. The profit potential is huge, but so is the potential for loss. While there are some things that you can’t control, like market volatility, there are a lot of factors that you do have control over.

Make sure that you do your research. Making sure that you are properly prepared can go a long way in ensuring your success. You need to be aware of your options and what would work best for you, and your current financial state.

Never invest more than you can afford to lose, and don’t forget to implement risk management strategies to ensure the stability and health of your Cryptocurrency investment portfolio. 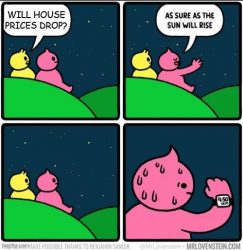 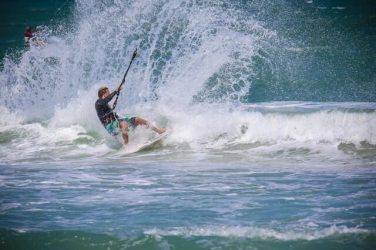 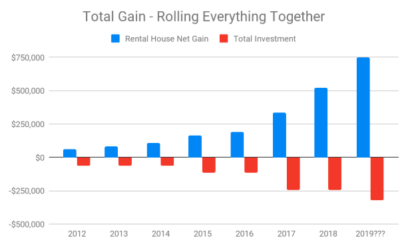