I have a friend who should be very wealthy but he is house poor and it breaks my heart. I don’t want you to suffer the same fate so read about what being house poor is and how you can avoid the same fate as my shouldn’t-be-poor friend.

A tale of the shouldnt-be-poor friend. My buddy is a successful guy. Impressive jobs, fancy companies, lots of direct reports but one thing about him has always amazed me.

He is up to his eyeballs in debt. I know because he jokes about it and I can see that dead stare hiding in the backs of his eyes when he’s supposedly kidding around.

Worst of all, 2 years ago he upgraded his housing situation (he says his wife forced him but I don’t believe him). Now his house is worth $1.9M (high end but not too high end where I live) and I know he’s barely making ends meet.

I did the math on his house and he’s paying $82,000 a year in mortgage fees. Over $100K when you factor in taxes, utilities, and repairs. He HAS to have an entire $100K/yr post-tax salary just to keep up with his house.

What is being “house poor”, and how does it happen so easily?

If you’re house poor, it means that your housing costs make up too significant a portion of your monthly budget. You can pay for your home but not much else. If you want discretionary items or child/daycare while house poor, it might be impossible. Definitely forget about early retirement.

It often happens because even if you can save for a house it doesn’t mean you can really “afford it.”

All this is not a new phenomenon either. It has been fomenting for decades. In 2005, Senator Elizabeth Warren, then still a law professor at Harvard, sounded the alarm. She had written about how families were spending half their incomes on health care, car payments, and housing costs in the 70s. By 2005, it was 75 percent, mainly due to higher housing costs.

“People think homeownership is the ultimate stability. Today, it has become the cement life raft. The home itself is sinking the family,”

Senator Warren in a NY Times article 16 years ago

That was 16 years ago. Over the next two decades, even with the Great Financial Crisis caused by housing, the trend has not improved. That recession led the government and the central bank to enact new policies that made matters worse, namely record low-interest rates.

Wait. Are you telling me low-interest rates are bad? No! If you’re going to be in debt, it’s better to be paying the lowest rate possible. The problem is that when rates are at rock bottom people take on more and more debt.

Could you afford your mortgage if the base interest rate set by the Federal Reserve was in the 5-6% range, as it was in 2005, instead of .25% it is today? I’m not even going to touch the 80s! Low-interest rates encourage big houses. It’s kind of the economy stimulating goal of the Fed but it has some painful consequences.

How big of a deal is it?

According to Harvard University research, as of 2015, nearly 8 million American households were classified as house poor – those paying at least half their incomes for housing. According to the US Census Bureau’s 2017 American Community Survey analysis, that number had more than doubled to 17 million.

These trends have improved since the 2008 crisis, but it is far from fixed. It is only likely to worsen with modern housing prices, and as we realize the need for living in less dense areas demand on big houses goes up. Yay!

According to the same Harvard research, a low number of new housing units was constructed so now we are near a 30-year housing inventory low.

The drop-off in new housing supply has led to large price jumps for housing in states with stronger, and ironically, already densely populated, such as the coastal states.

Looking at these statistics, it shouldn’t surprise anyone where most of the house poor demographics reside.

Housing costs are not just your mortgage

People are quick to see the rosy picture when buying a house. They factor in the mortgage costs, possibly even taxes, and home insurance. They’ve always paid the usual utility bills.

However, most landlords pay for random utility fees, sewage costs, garbage collection, and water as these are usually lumped into the rent. These costs are real expenses paid by the homeowner. Depending on the neighborhood, there are also homeowner’s association dues too (HOA fees).

Homeowners incur several maintenance costs, such as heating, ventilation, and AC (HVAC) inspections. Keeping a check on electrical issues, small plumbing maintenance is often a must.

The grass doesn’t cut itself either, I hope your mower works and you have some time so you don’t need to pay a cutting service.

It’s psychological, but humans crave change. People often move around a lot and are used to that change in scenery. But, usually, buying a home is permanent. But what to do about those cravings?! Let’s change the patio. Add a shed or another room that I’ll never use. It’s been ages since the curtains changed. And, of course, the Joneses just painted their house, we should too.

Add up enough 25 year lifespan elements and you’re dealing with 1 of those big expenses every few years.

If you’re already house poor, you won’t even have the money to spend on this. But if you do have any savings at the end of the month, it’ll be the same feeling as buying the house, now or never.

How you could spend that money instead.

But there is so much better use of the money than dumping it all into your mortgage principal and interest over 30 years.

If you save just $150 on monthly payments and invest it plus the extra $100k you didn’t spend you can become a millionaire pretty easily!

Want to avoid being house poor? You have two options.

Never buy a house in the first place. Renting isn’t bad because you won’t trick yourself into thinking your home is the best investment you can make, and you’ll invest all that money you’re saving instead of biting off more than you can chew.

I sometimes wish I went this way, but really I went with option 2.

Impose some hard limits on your maximum home size (and price.)

To do so, base your mortgage approval on just half your income or one person’s salary if you’re buying with a partner. (Whichever Is less.) Bank approvals are based on their “calculations” that you can pay your mortgage AND survive based on your income. This way, the other chunk can be your spending and investing money. (Woohoo!)

Bonus – if your partner decides to quit (or retire early like my wife) it’s not really stressful. You’ve planned for it.

Already house poor? Do this.

So you might be reading this and realizing that you’re already in this crappy situation. At this point, you have three choices.

The very bad: Stay the course and go bankrupt if anything goes awry.

However… broken knee caps get expensive, so I recommend you pay your bills.

The bad: Slog it out for the next 30 years of your life.

Hey, maybe you’ll get a few raises and you’ll be smart enough not to spend it on more house.

It may seem like a tough pill to swallow, but people come out happier when they have less house. If it’s a seller’s market – take advantage of it NOW.

Here’s a tip: Rent a smaller home on your next vacation and see how you like it.

What does it mean to be house poor?

Being house poor means spending the majority of your income on living expenses (like mortgage, property taxes, utilities, and maintenance) leaving little money to spend or save. 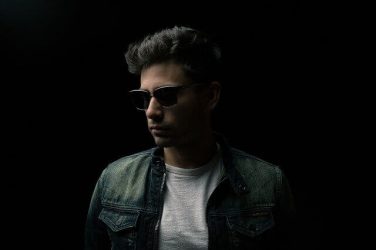 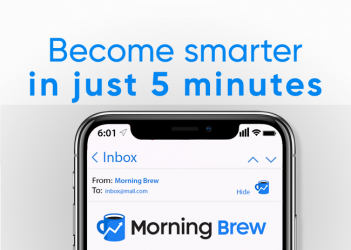 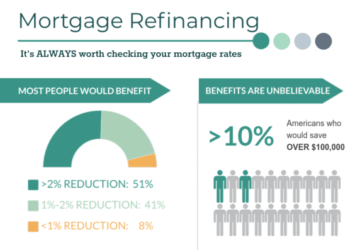