Can you beat the market? You often hear about people who do. They are on the news or in reddit and it seems very exciting. They do a smart thing, fist pump like its their job and display it all over the news to show off.

Can you beat the market in the real world though? No definitely not. Maybe here and there something nice will happen but certainly nothing consistent. In fact attempting to beat the market almost always has horrible results. Below I will show you why that’s true and what to do about it.

Can the experts beat the market? One insane bet

Recently, Warren Buffett who is considered one of the best investors of all time, made a huge bet with a high-end investment company where he just asked them ‘can you beat the market?’ and put $1,000,000 on the table.

The bet was that none of this fancy money management company’s FIVE carefully chosen managed funds would beat the market average from 2008-2017 if you factor in its fees.

Warren Buffet won that bet. All 5 of the specially chosen funds run by fancy pants stock traders did worse than the stock market average. This is crazy because to win the bet they only had to beat the average 1 out of 5 times. Beating the average 0 out of 5 times is worse than if you just left it up to random chance…that’s just how math works 😐

There were all sorts of excuses about why it didn’t work out for them but if those guys can’t get it right, can you? They have a team of educated advisors with PhD’s in economics and inside information from secret sources. Do you really think you can do better than them?

To the question of ‘can you beat the market?’, I say no way, screw it, spend your time saving harder instead and there are some of very good reasons for that:

I referenced that one hilarious bet from Warren Buffet but that’s just one example. Standard and Poor’s keeps track of over 10,000 funds in the US which are trying to beat the market’s average and reports on who actually ends up being successful. Then they release their findings every year in the SPIVA report (Standard & Poor’s Indices vs Active Report).

The results: Only 16% of the time do these companies actually beat the average.

I would score more than 16% on a multiple choice exam if I didn’t even read the questions. These guys have a lot of resources at their disposal so the fact that they are so bad at it shows that it must be hard.

2 – More impossible to do it consistently

Well even those top 16% of the best professionals in the world only pull it off once. There is another report, that paints an even worse picture. The S&P Persistence scorecard tracks teams that beat the average one year and watches how likely they are to do it again. It is brutal.

On top of the tiny 16% success rate from teams that try to beat the market. Of the most successful quartile, only 6% of them managed to stay successful for 3 years straight.

3 – You are trying to beat a giant at arm-wrestling

I know this sounds dramatic. Surely you can do better than Jeff down the street. He’s making money and he’s an idiot!

Well Jeff is irrelevant. Something people don’t understand is that 98% of all the action on the stock market is executed by big financial corporations. Then on top of that, half of those trades are done by the top 50 managers.

Want to guess what resources those top 50 managers have? Millions of dollars in resources and a team who works 80 hour weeks trying to analyze every little market fluctuation. Those guys still fail most of the time!

What do you have? Access to a really cool blog about FIRE, mayyybe a paid subscription to some newsletter, and a couple of hours on the weekend. It’s a completely different world that you are playing in.

If you try to beat the market you will go buy some stock and bet it will go up. When you are making that bet you are almost certainly doing it against some well educated giant on a non-level playing field. Guess what? Most likely you are going to lose that trade.

4 – There are better ways to spend your time

Even if you could do it. You were the one person who rose above and was consistently victorious over the investing giants of the world. You would have to dedicate a crapload of time to it.

We are trying to invest so that we can have more time for ourselves not less. Wasting it certainly sounds sad. This was one of Jack Bogle’s goals when he started up Vanguard mutual, one of the biggest investment fund companies in the world.

People want to invest their money but they don’t want to spend time doing it like it’s their second job.

There are simple, time-free methods to invest, so why bother expending your spare mental energy when you likely won’t do that well anyways. Go learn something interesting instead, like how to be a master axe-thrower. That sounds way more fulfilling than staring at spreadsheets all day.

“Don’t look for the needle in the haystack. Just buy the haystack!”
― John C. Bogle, Founder of The Vanguard Group
The Little Book of Common Sense Investing

5 – Stocks will suck up your time in sneaky ways

There are a lot of sneaky ways that stock trading sucks up your time. It not only takes up time when you are investigating something but also when you incessantly check into your trading account to see how you are doing. Then checking all the financial news to keep up to date on the important global [insert new crisis here].

On top of that it also opens you up to doing something incredibly stupid. The possibility of doing something stupid will probably stress you out or make you feel like crap.

Then, since you’ll be worried about this you will read more financial news than you planned and end up thinking about it when you ought to be thinking about your next vacation or how to teach your kids some valuable life lesson.

This is the secret side of the time consumed with stock trading. Even if you say you’ll spend a tiny amount of time at it…you’ll spend more than that. Your news feeds will slowly turn into mostly business news and you’ll be neck deep in figures before you know it. It has a way of taking over.

6 – Why bother trying to beat the market when you have these options?

So you get the point. Investing is hopeless and we shouldn’t bother. Well… not exactly. There are no benefits to stock trading since you’ll probably fail just like everyone else. Investing is fine though.

I wouldn’t tell you all of this if there wasn’t a better method to invest the piles of money you are saving up. The amazing thing is that the alternatives are dumbfoundingly great. Mainly there is housing and index investing. Both of which have a way higher likelihood of success and will suck up less of your time. Thus rendering an attempt to beat the stock market useless.

You still won’t believe me though

So now you know why it’s not worth even asking the question ‘can you beat the market’.

Deep down inside you still won’t believe me though. You are special. You can do anyyything. You are overflowing with motivation to make your mark. It’s the downside of having watched too many cartoons about persevering to believe that it’s not worth trying to excel. It’s true though…don’t bother.

The thing you’ve got to realize is that its not worth trying not because you can’t do it. I’m sure you can do anything you put your mind to. It’s that your chances for spending a lot of time on it and doing worse than what you could have done with a near-zero time investment makes it a gigantic waste of time.

To hit financial independence and early retirement you don’t need some amazing stock market performance you just need to save up this much and do at least averagely well. Just go invest in index funds or housing instead. It has a super high success rate and won’t take up too much time.

Even if you do succeed. Your time is worth something. Don’t waste it.

Am I only saying that because I couldn’t do it? A Guide

So you know how I said that trying the beat the average is a huge waste of time? I’ve blown time trying to do it, trying to be a hotshot, trying to be above average and after years of it I really don’t think it’s worth it. I wish I could go backwards and tell myself not to bother.

I did excel. Not enough to justify the time. Don’t make my mistake and save your time!

TL;DR – Can you beat the market?

The 4% Rule – A detailed explanation of why its ALWAYS wrong

The non-obvious reason why saving is SO important

The easiest money saving system & the end of budget

Money motivation & being the LeBron of FIRE 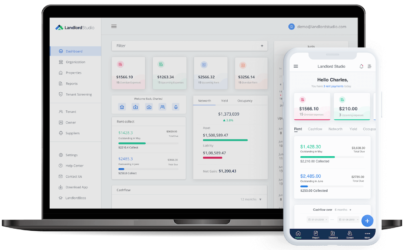 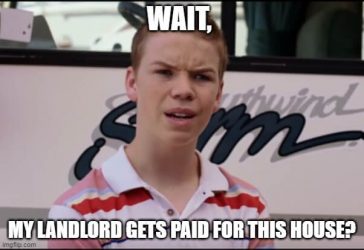 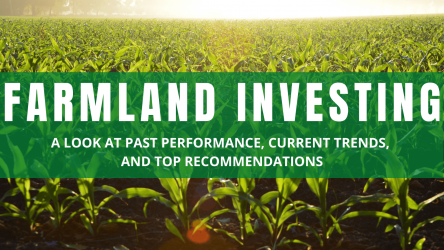